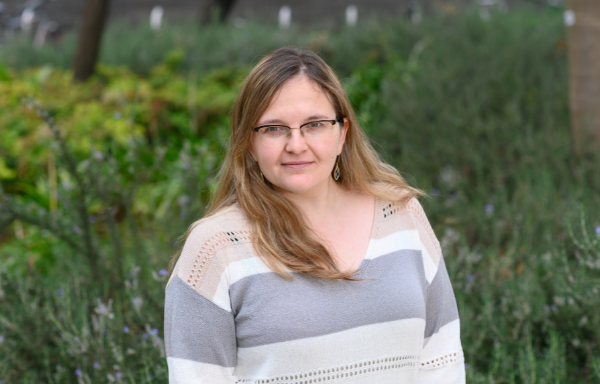 If a picture is worth a thousand words, moving pictures are worth millions. This is the case for scientific animations, where visual representations of processes and principles help students, researchers, and the general community understand and communicate complex ideas. But such visual stories don’t just appear overnight.

Creating these artworks is a complicated process that requires animators like Dr Ofir Shein-Lumbroso to balance scientific accuracy with artistry and a narrative that resonates with scientists and non-expert audiences alike.

Dr Shein-Lumbroso, from Israel’s Weizmann Institute of Science, recently completed a professional development program at the Garvan Institute of Medical Research where she worked with Dr Kate Patterson, Garvan’s Senior Visual Science Communications Officer. Building on the long-standing relationship between the two institutes, Dr Shein-Lumbroso honed her skills by animating some of the processes studied by Garvan’s autoimmunity researchers.

“Scientific concepts can appear abstract and molecules are so tiny, some are smaller than the wavelength of visible light. Visualisation helps to make research less opaque for non-expert audiences but also for scientists. The animations are anchored by authentic scientific data and weave storytelling with the tools of cinema, art and design to connect with the audience,” Dr Patterson explains.

Dr Shein-Lumbroso agrees. “In reality, every biological process is crowded and messy, especially when you get to the microscopic processes happening within the human body. But with animations you can highlight and emphasise the important parts you want to talk about which really helps them stand out in people’s memory. This is the power of animation.”

Recognising the value of the scientific animations, the Garvan-Weizmann Partnership established a biomedical animation program, whereby Dr Shein-Lumbroso travelled from the Weizmann Institute to Sydney and learn from, and work with, Dr Patterson over the course of a year.

During this time, Dr Shein-Lumbroso began working on a major project – to produce a captivating animation that describes how the immune system can ‘go rogue’ and start attacking the body instead of attacking invading pathogens. 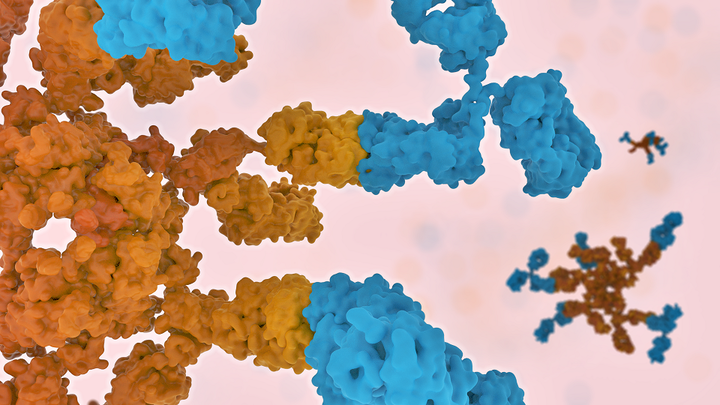 To understand the science behind autoimmunity, Dr Shein-Lumbroso worked closely with Dr Joanne Reed, leader of Garvan’s Rheumatology and Autoimmunity Group within the Immunogenomics Laboratory.

“Animations are a fantastic resource for scientists to communicate their work with colleagues and students, but they’re also a powerful tool for educating patients and their families about complicated conditions like autoimmune disease,” Dr Reed says.

“Unlike diseases such as lung cancer, you can’t just point to easily identifiable organs to explain what’s gone wrong. With autoimmune conditions like Sjögren’s syndrome or cryoglobulinemic vasculitis, the problems occur in immune cells throughout the body and can affect a number of different bodily systems – all of which can be difficult to understand without visual aids like animations.”

Dr Shein-Lumbroso’s animation tells the story of an autoimmune disorder known as cryoglobulinemic vasculitis, where the root cause was recently solved by Garvan’s cellular genomics experts in a paper published in the journal Cell. This process is enormously complex, but has been distilled into a short video that can be shared with patients or scientists to illustrate what’s happening inside the human body on a molecular scale.

Her animation shows how genetic mutations in B cells can lead them to produce autoantibody immune molecules, which can spread throughout the body and attack a person’s own cells, tissues and even other antibodies instead of attacking viruses.

The animation shows how these autoantibodies clump together on the walls of blood vessels, constricting the blood flow and causing the common symptoms of cryoglobulinemic vasculitis such as weakness, joint pain, severe rash and damage to the kidneys and nerves.

Dr Shein-Lumbroso, who has a background in chemistry, originally started learning animation as a hobby while studying for her PhD at the Weizmann Institute. She began learning the skill by taking evening classes in photography and 3D animation. 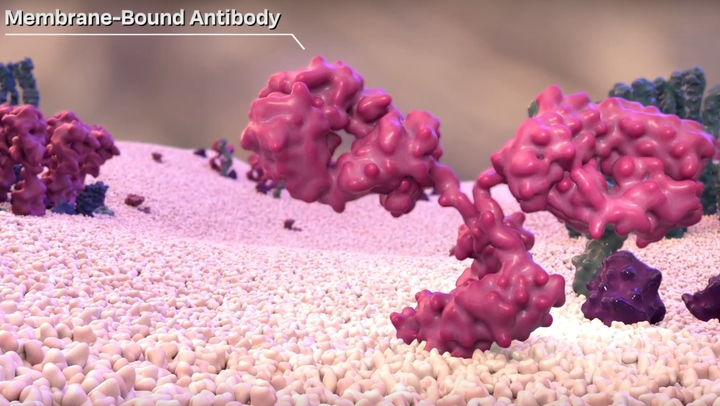 “They were actually quite surprised to have a scientist in my animation classes,” Dr Shein-Lumbroso recalls.

In large animation studios globally, the production of a 3D animation may have multiple people working on the same video, with each animator focusing on individual elements within the process such as lighting or colouring. But in Australia and Israel, the community of skilled scientific animators is still small, despite growing demand for animations.

“As biomedical animators within the context of a medical research institute, we have the luxury of working alongside researchers at the cutting edge of their field. We don’t have teams of people working on a project so we are responsible for every step of the process from writing the storyline, researching the science and rendering the final video. It’s a slow process but incredibly rewarding,” explains Dr Patterson.

“As far as I know, I’m the only 3D scientific animator in Israel,” says Dr Shein-Lumbroso.

“One animator is not enough. I really look forward to seeing how this field will grow in the future, especially as more people see the value in illustrating these invisible processes."